Apple has often been criticized for making it impossible for consumers to perform their repairs on iPhones, MacBooks, and AirPods, but with its desktop range, the company is taking a different approach to compete with Windows PCs. Initially unveiled earlier this year at the WWDC 2019 conference, the new Mac Pro model can be fixed without too much difficulty, with the popular DIY website iFixit awarding it a repairability score of 9 out of 10.

The side panel of the Mac Pro case is not only easy to open, but its components can also be easily removed and reassembled without the need for specialized tools, according to the teardown.

As noted by 9to5Mac, some of the components, including the RAM, can even be modified for repair or replacement with normal off-the-shelf components. The Mac Pro also wins praise for its new design, which dissects the notorious trend of "trash can" for something more aesthetically friendly.

The one area of concern, however, is the proprietary technology that connects the SSD to the T2 protection chip from Apple, which ensures that consumers will not be able to replace or update the storage with standard components unlike in a Windows/Linux PC. The new Mac Pro will offer easy replacements and updates, however, provided that most of the other major components are modular and use industry-standard sockets and interfaces. 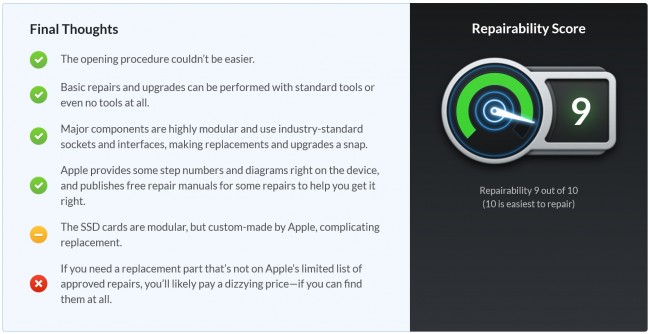